Any chance of finding these in retail stores or did they pull them all? I live in a smalltown area not a major city but wondered if it was worth scouting Staples, Sam's, ect ? (no bestbuy)

If any one ends up with extras please PM me. I would love to buy one!

I tried Saturday morning, every store in this area was sold out. Of course a couple of the issues are: 1. I live in Geek Central, USA. 2. I don't think stores had a large supply on hand, and some, such as Best Buy, were starting to ship them back to HP. I was at Staples at 11am, and I heard the cashier tell someone they had a line around the corner when they opened at 8am, and they were sold out at 8:02am. We tried Best Buy (long gone), Office Depot (long gone) another Office Depot (even longer gone) and Costco (had not dropped the price.) I think the only place that might have still had them were small towns in this country, but I'd call the store first. Chances are, by now, they're gone. You might have still had a chance late Saturday morning. It's like early Black Friday!

going to heads to smalltown roswell 2morrow..kinda a poverty town so maybe I'll get lucky! wonder is sams has them?

whoohoo a closer radio shack says they have them in stock!!

* I am sure this will sell out quickly. Hope it helps a few of you! 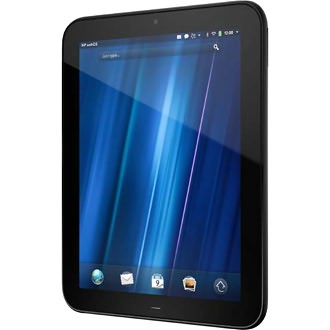 Thank you! I got two ! Just what we needed for back to school! Thanks, have been failing at all the other deals today!

Yeah I was hoping the bookstore on campus had them, but they don't even stock the HP touchpad (checked online inventory.) Tons of iPad though. Come on! There are two buildings on campus named after Mr. H and P!

Let's see if this order goes through!

TY! I really wanted to get the 32GB, but I don't want to hold out too long and miss it while I'm sleeping...they are going so fast. I did read the companies that haven't lowered their prices will probably be following suit very soon. Thanks again! *ORDER CANCELLED*

Thanks you so much..tryied a few times yesterday and couldnt get one..one xmass present done. If I can wait to give to dh.

I can't beleive they still have stock after this past weekend's melee over them. It took me 2 days to order ONE and now here they are just sitting around... Apparently some on that other deal site are getting cancellation emails from B&N for this even after paying and getting email conf. Has anyone here gotten a shipping notice?

Thank You!! I ordered 1. I wanted the 32 GB one, but I thought I better jump on this one now. If anyone finds a 32GB please let me know.

I can't beleive they still have stock after this past weekend's melee over them. It took me 2 days to order ONE and now here they are just sitting around...

Apparently some on that other deal site are getting cancellation emails from B&N for this even after paying and getting email conf. Has anyone here gotten a shipping notice?


That's what I read, about cancellations. However it's weird they are still letting folks order. Keeping my fingers crossed for you all!

Now it's showing SOLD OUT

Let's use this one thread to discuss where these are in stock, reports about your previous orders shipping, and any other Touchpad discussion. I've merged the various other threads in here so we can keep everything together

My Barnes and Noble order was cancelled (check your status'!) I tried for 3 but it just kept loading at checkout so I tried for 2...same thing so I finally tried for 1 and got it to go through but now its cancelled. I paid 100% in Gift cards so that might be why...who knows. I do know that right after I got 1 it was magically not in stock and a few seconds later it was gone from the website all together

However I Just got a 32GB in store at walmart in carlsbad..I searched everywhere and only came up with 1.... had to go behind and point it out to the associate when she glanced and told me they didn't have any..then ..I had to fight tooth and nail to get it without paying full price!

I was unable to get one. If anyone ends up with an extra please PM me


That would be awesome!!

My order said unable to process so I called BN and they said that the order processing is slow but my order was confirmed. The woman I spoke with said it could take up to 48 hours to get it processed so you might want to call BN directly.

I'm confused about the cancellation thing? I ordered this morning from B&N and I got a confirmation email and the money was already taken from my account. Can they still cancel?

I just wanted ONE. If anyone knows where I can order one or has one to sell, please PM me.

Ebay bastards are selling information on where its available. I find it hard to beleive they know something most of the deal websites done.

sometimes you have to let go

amickeyfan - that's how I ended up ordering 3...kept refreshing the page and clicking "add to cart". By the time I was able to get to "check out" I wasn't about to risk losing all. The only thing I am concerned about is that I did not enter the business name...I did receive the "Order Confirmation" number and note stating that it would be shipped on Monday but nothing has been directly sent to my email address. Have to just wait and see. My brother will burst if I'm able to get this for him.

I just got thru checking mine order online and it was to have shipped out today, but they pushed the ship out date to Aug 27th. I did get my order confirmation through the email yesterday. I had a heck of a time trying to check it today. I use Google Chrome and it kept saying no order found. I switched to IE and got thru... after waiting on hold for 91 minutes ...and getting discusted and hanging up lol


when did they send you the cancellation notice?