Happy New Year. I hope everyone has a great new year

Happy New Years everyone. I pray this year is better than last year for all. Stay safe and lets go BF 2022

This Space for Rent

Wishing everyone a safe and happy new year! And now that intent has spread to the universe prior to sleep... New Year, New Television.  I think that's how it's done.  Last year, we all got those $148 55" TCL Roku 4K HDR sets.  I have one of these in every bedroom.  I didn't plan on buying a television this year.  I was keeping an eye on the TCL 8 Series QLED TV -- hoping for a <$1000 deal -- but it never happened.  I haven't seen it for less than $1400 to date.
Somehow, I got through BF without buying a television.  The only thing I bought on Black Friday was heating oil.  And it wasn't on sale.
On December 18th, looking for a deal on a smaller TV for a friend, I stumbled across a discussion of the 75" Toshiba C350 Series LED 4K UHD Smart Fire TV (75C350KU).  Actually, what I saw was...
Best Buy 75" TV $499.99
I added it to my cart and started doing some research.  The first thing I found was a $25 off deal on PayPal.  So, $475 shipped.  I decided to buy the television.  I set the delivery for 12/24 which gave me a week to find it in a store and cancel the order if it did not meet expectations.  I never found this television in a store.  Even where it was in stock, it wasn't on the floor.  Not a good sign, but other research was fairly positive.  For instance, the poor review on rtings.com was not for this television.  The review was for a 55" set.  Amazon and Best Buy reviews were pretty positive.  Then I learned that the set is actually manufactured by Hisense (sort of).  I say 'sort of' because it is (most likely) manufactured in a Toshiba factory in Japan.  Hisense bought 95% of Toshiba Visual Solutions Corporation in 2017 including two factories in Japan, hundreds of R&D employees, and an IP portfolio of TV technology patents for image quality and acoustics.  (My set was manufactured in actually manufactured in Mexico in July.)  I like TCL and Hisense sets.
So, I crossed my fingers and waited.
For a couple days before delivery, snow and freezing rain turned my yard into a winter wonderland.  By December 24th, my house was sitting on a glacier.  My youngest and I carried the HUGE box around my home so we could take it straight up the stairs to the second floor.  It took a tight three point turn into a bathroom to get the TV into my bedroom, but we did it.
I was very impressed with the packaging.  The box comes in two pieces -- a short base and a tall 'cover' held together with four plastic clips which can be reused if the set is returned.  The set was held firmly in the middle of the box by Styrofoam packaging with an air filled 'pillow' and cardboard protection between the screen and the box.  Hard plastic strips protected the screen from careless handholds.  A plastic sheet that covered the screen was easily removed without leaving any kind of residue.
Out of the box, no dead pixels, no physical damage, and nothing missing.  Good start.
I attached the stand, plugged in power, and powered on the set.  Once I logged in to Amazon, I could access my antenna via an Amazon Recast -- wirelessly.  Upscaling on this set is outstanding.  SD looks great.  From the westerns of the 50s and 60s to the dramas of the 80s and 90s to modern HD programming, everything is clear and properly sized/scaled.
Then I plugged the TV into my antenna.  The picture quality was better than through the Recast.  UI was still Fire TV.  For television, I can choose a grid style guide that integrates antenna and streaming.  Top of the screen is a description of the selected show.  I like that.  So, I plugged in a TiVo.  The TiVo autoscales to 1080p.  It looks almost as good as the antenna.  Good enough for me to choose the TiVo input over the antenna input...sometimes.  Last night, I was hopping among inputs watching a New Year's Celebration and the 1080i programming looked great via the Recast, the TiVo, and straight from the antenna.  That said, I am watching the antenna.
Audio is very good.  There are two 10w speakers.  I'm not an audiophile, but they sound fine to me.
My desk is on the same wall as the television in my bedroom.  From my desk, the viewing angle is probably around 160 degrees.  The viewing angle of this television is excellent.
The remote resembles a Fire TV remote.  It is about half an inch longer.  There are four additional buttons for TV control -- channel up/down, guide, recents, and quick settings.  There are also four additional buttons for Prime, Netflix, Disney+, and Hulu.  The remote contains a mic and the TV is Alexa enabled.
There are four HDMI ports, one USB port, one LAN/Ethernet port, one digital audio out port, one RF input (antenna), one headphone out, and one AV input.  The USB 2.0 port.  Movies, music, and pictures can be played off the USB port.  The port powers drives that require up to 500mA.  I am using the port to power a Roku that requires 5V – 1A.
The TV has a Native refresh rate of 60Hz with a Motion Rate of 120Hz.  I did not experience motion blur watching basketball or football.  Hockey will be the test.
Documentation is less than sparse and completely unnecessary.  Complete specs are available here.
If this television proves to be durable, I think this Tv is a steal.
Happy New Year!  Happy New TV! 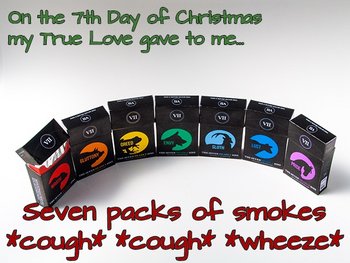 A new month and a new year.

Happy New Year everyone! Checking in for January!!!

Seventh, and final, night of Kwanzaa... 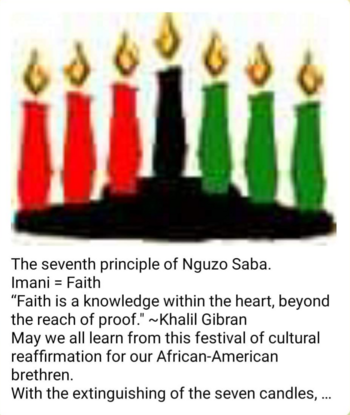 Happy New Year of 2022.  I hope everyone has a very healthy and prosperous new year! =) Hello January. Here’s to hoping 2022 is a better year.

Day 8...
(the last The McKenzie Brothers list; my creativity with the help of some Facebook friends, kicks in tomorrow) 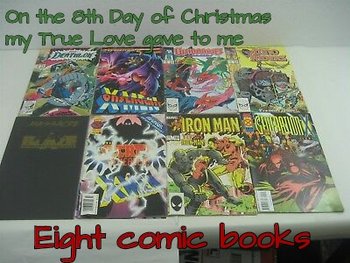 Happy New Year! I ended up spending Christmas Day at urgent care with DS10 - he tested positive for influenza A.  He’s back to rights now and I am ready for these boys to go back to school!  (1/6 needs to get here fast!)

I go back to work tomorrow after having 17 days off.  This is going to hurt. I hope I can still remember my passwords lol

Hope everyone had a safe and Happy New Year.  I didn't do much because a supposed winter storm was approaching (plus I don't go out NYE), but luckily a little dusting of snow was all we got.

Here is to hoping this will be a safe and prosperous year.

Too Blessed To Be Stressed!