Today's deal of the day from Sellout.woot.com is the
NERF Zombie Ripchain Combat Blaster
$21.99
$39.50 44% off List Price
Free Shipping for Prime Members when you Log in with Your Amazon Account info. or pay $6 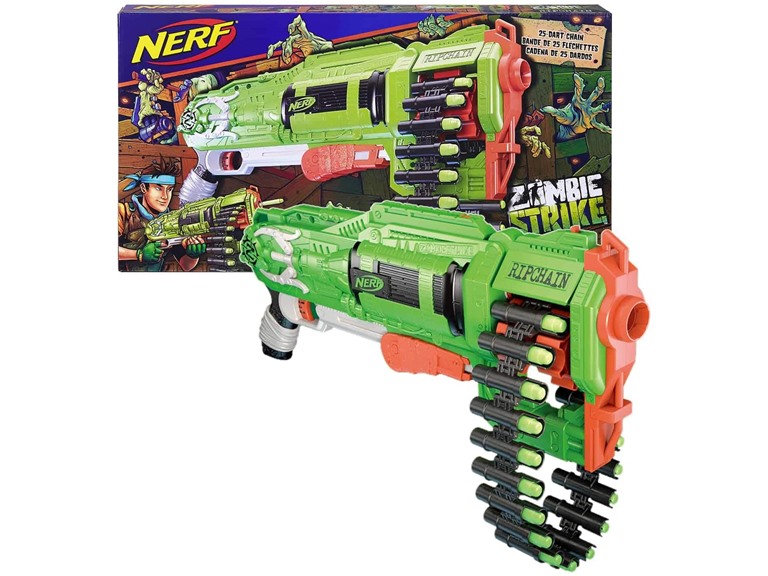 25-dart chain - Rip into action against the zombies with the Ripchain blaster! This Nerf Zombie Strike blaster features a 25-dart chain, which gives kids plenty of darts to defend their turf against a zombie incursion. Load 25 Zombie Strike darts onto the chain and place the chain on the blaster, then pump the handle to prime the blaster and pull the trigger to fire a dart.

Slam-fire Action - Zombie fighters can fire 1 Zombie Strike dart at a time from the Ripchain blaster, or they can slam-fire all 25 darts quickly to overwhelm the zombie hordes. For slam-fire action, hold down the trigger and keep pumping the handle backward and forward to send a 25-dart swarm at targets.

Shipping Note: Shipping to Alaska, Hawaii, PO Boxes, and APO addresses is not available for this item